The Tastes and Aromas of Morocco 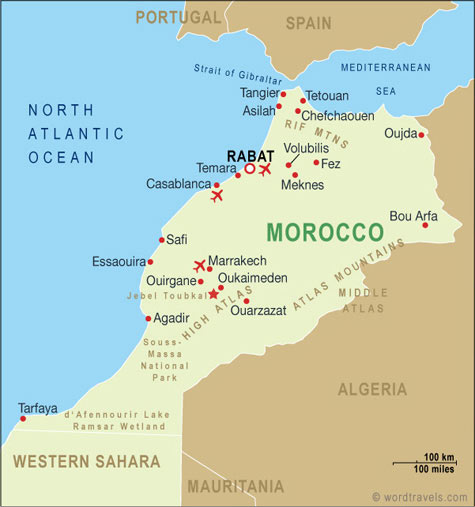 Recently I vacationed in Morocco. Ah!!!

We’ve got friends living in a smallish town about an hour south of Casablanca. One of them is an engineer with a U.S. based company assisting the Moroccans to build another phosphate processing plant. Yes, phosphate used to make fertilizer and more, is a large natural resource in Morocco.

Gaining a bit of knowledge about how phosphate is mined, processed and shipped throughout the world as well as smelling, tasting and seeing the foods and dishes of this culture were just a few of the treats of travel in Morocco.


What I love about travel is the opportunity to see, observe, learn…oh yes, and eat. And eat our way through Morocco we did. From Marrakesh to Essaroura to El Jidata and beyond.

Here’s a few snapshots of the sites, tastes and aromas of Morocco:

To my delight there were fruits and vegetables a plenty. We spent a few days traveling along the coast from Essaroura to Casablanca where much of Moroccan produce grows - watermelons, melons, papayas, oranges, and grapefruits growing and served. 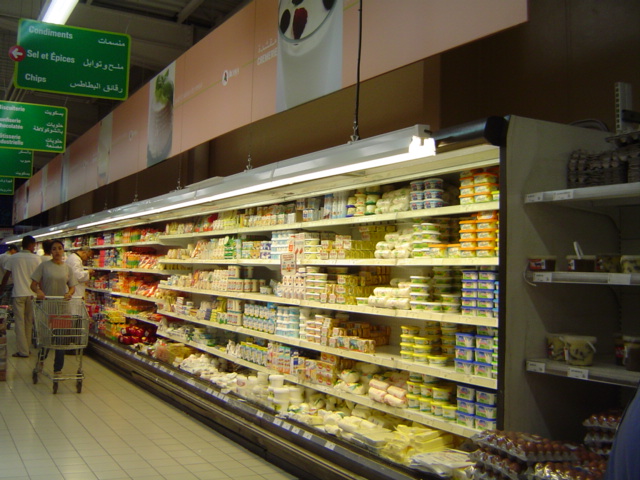 We saw miles of tomatoes, corn (used mainly for animal feed), and red onions growing. But standard fare supermarkets were sure finds in the cities.

On trees figs, dates and, oh yes, tons of olives. And we enjoyed olives at nearly every meal minus breakfast.

Olives, from green ones drenched in flavorful herbs and spices black ones with wrinkles, they were often set down in a small bowl to kick off a meal.

Moroccan bread was a frequent companion to the olives. Not much variety here – eight inch rounds about an inch in depth made with white flour.

The bread is used as a utensil, of sorts, to soak up the juices from a tagine or enjoy a roasted eggplant dip. Yes we did plenty of dipping and soaking up.

Salads were always fresh as well as simple. Moroccan salad is finely diced tomatoes and red onions. Vinegar, olive oil, salt and pepper are used to season.
Other common salads, or appetizers, were eggplant and tomato based dips. All delicious!

Main courses were a narrow list and didn’t vary much from restaurant to restaurant. Not a problem because they all were delicious.

When it came to liquid refreshment, the choices are minimal. Bottled water, with or without gas (I’ll always take the fizz). Carbonated soft drinks, regular and diet, are readily available and Coke signs and symbols line the highways (too bad they’re following in our tracks!).

Though beer and wine is there for the sipping, because of the Muslim culture, there is little attention to alcohol consumption. An enjoyable feature.

And I can’t forget our many nousnous stops whether mid morning or late afternoon. Nousnous is their commonly sipped coffee drink – it’s espresso mixed with steamed milk, served in small thin cups or glasses.

Last but not least was our final dinner in Morocco prepared, from morning to dusk, by our friend’s lovely housekeeper. The food was all so fresh, purchased the day before – including the two fresh killed chickens. Friends and neighbors joined us. Native Moroccans and Europeans now working in Morocco.

We began with a bountiful salad plate filled with rice and potato salad, beets, tomatoes, lettuce and more (enough for a meal on its own). Olives, grilled eggplant dip and Moroccan bread lined the table.

Eventually the two chickens coated with cumin, coriander, saffron and more and soft almonds which had been cooked in the sauce for hours arrived on the table 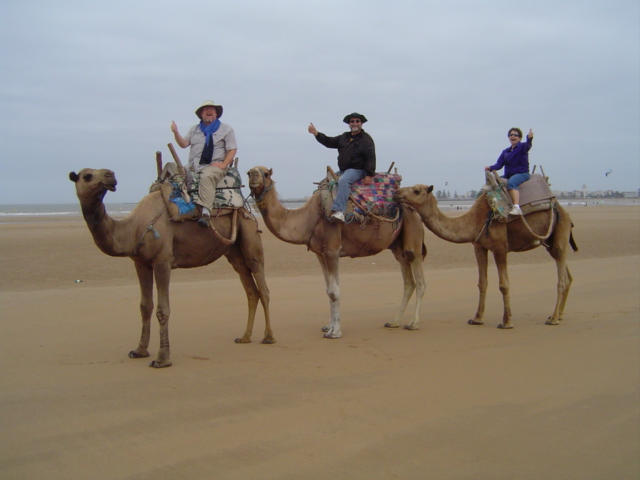 to eat family style with small pieces of bread.

The meal came to an end with a terrine of traditional Moroccan soup, Herrera. It’s a tomato and bean base with loads of lentils and chickpeas (I’ll try to recreate it this winter). Plates of dates were served along with the soup.

I’d go back to Morocco in a heart beat for the food, the people and the simplicity of life.