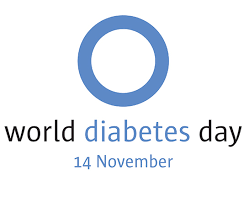 Here's my final President's letter which appeared in AADE In Practice (November, 2016).  It's been an honor to serve as AADE president!

It's September and here's my fall 2016 AADE President's letter:

If you live in a part of the country where the leaves change color, as I do, enjoy the yellows, reds and oranges. If not, enjoy your warm climate as the rest of us layer up.

AADE Aims for Diversity Across All Areas

I want to share with you my July 2016 AADE President's Letter:

I hope you enjoy my May-June 2016 AADE President's letter:

Diabetes Advocacy Orgs: Their Successes in 2015 and Plans for 2016

Hope talks with Diabetes Mine about the American Association of Diabetes Educators’ 2015 successes and its new strategic plan.

I'm excited to share with you my very first AADE 2016 President's letter!

It’s my honor and privilege to serve as your 2016 AADE President. Having spent the entirety of my nearly 40-year career as a registered dietitian in the field of diabetes care and education, I believe wholeheartedly that we are at a critically pivotal point in our profession.