Why Should Diabetes Advocates Enter This Food Fight?

What’s wrong with these two conflicting realities? And, why should diabetes advocates care (and take action)? 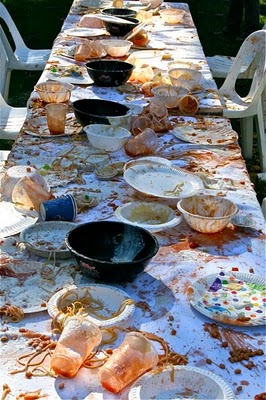 Reality 1: A food fight is raging on Capitol Hill because some members of the House of Representatives want to put the brakes on several requirements for school foods and meals which went into effect with the implementation of the Healthy and Hunger Free Kids Act of 2010 (12/13/10). (Read more background below.).

Reality 2: The Centers for Disease Control and Prevention (CDC) recently announced updated figures for diabetes in the U.S. Top line: there’s been yet another uptick. Now more than 29 million American are estimated to have diabetes, up from 26 million in 2010. Another 86 million adults – more than one in three U.S. adults – have prediabetes (for more on prediabetes). Fifteen to 30 percent of people with prediabetes will develop type 2 within five years. To stats on the related childhood obesity: one out of every three American children is overweight or obese. Many children, who eat half their calories at school, consume a diet too high in saturated fat, sodium, and sugars, and too low in fruits, vegetables, and whole grains.

More Bites of Background:
With much effort from many nutrition, health and child-focused organizations (see the list of organizations involved with the National Alliance for Nutrition and Activity which includes the American Diabetes Association and the Academy of Nutrition and Dietetics as Steering Committee members), the muscle of USDA and Michelle Obama, the Healthy and Hunger Free Kids Act of 2010 was enacted.

The goal of these new regulations is to require that healthier foods and meals be served to children across the country in schools that partake in the school food programs administered by USDA and to, over time, reduce the childhood obesity epidemic and cut down on obesity-related health risks. Yes, this includes prediabetes and type 2 diabetes.

Of course, as with any legislation there are plenty of regulations, some in this law, as I've heard, more onerous than others. But, according to USDA only one year post-implementation, 90 percent of schools are meeting the new lunch standards.

Yet, some members of the House of Representatives, doing the dirty work of the food industry, thinly veiled within efforts of the School Nutrition Association want to put the brakes on several of the regulations using the rationale that some school systems are having a hard time meeting them, children aren’t accepting the changes and plate waste has increased.

These members of the House of Representatives want to offer a waiver process to completely eliminate current nutrition requirements for school breakfasts and lunches during the 2014-2015 school year for any school or district that demonstrates a net operating loss on school meals for at least six months beginning in July 2013. The loss could be for any reason.This proposed change appears within H.R. 4800, The Agriculture, Rural Development, Food and Drug Administration and Related Agencies Appropriations Act for Fiscal Year 2015. (Within this act there are other nutrition related revisionist policies included. See the statement of administrative policy issued by the White House on this act:

Hopefully I’ve made the argument about why you, as a diabetes advocate, should urge your legislators to oppose any waivers that weakens the  Healthy and Hunger Free Kids Act. We need to move forward rather than backwards. We must help school age children eat as healthy as possible and develop healthy eating habits with the goal of putting a damper on the escalating obesity and diabetes rates.

Agree? Then your time to act is NOW!
Contact your legislators using one or more of the options below, particularly your member of the House of Representatives because this is the chamber in which this legislation will be voted on soon.

Here’s how you can act NOW:
Call and write your member of the House of Representatives and your two Senators